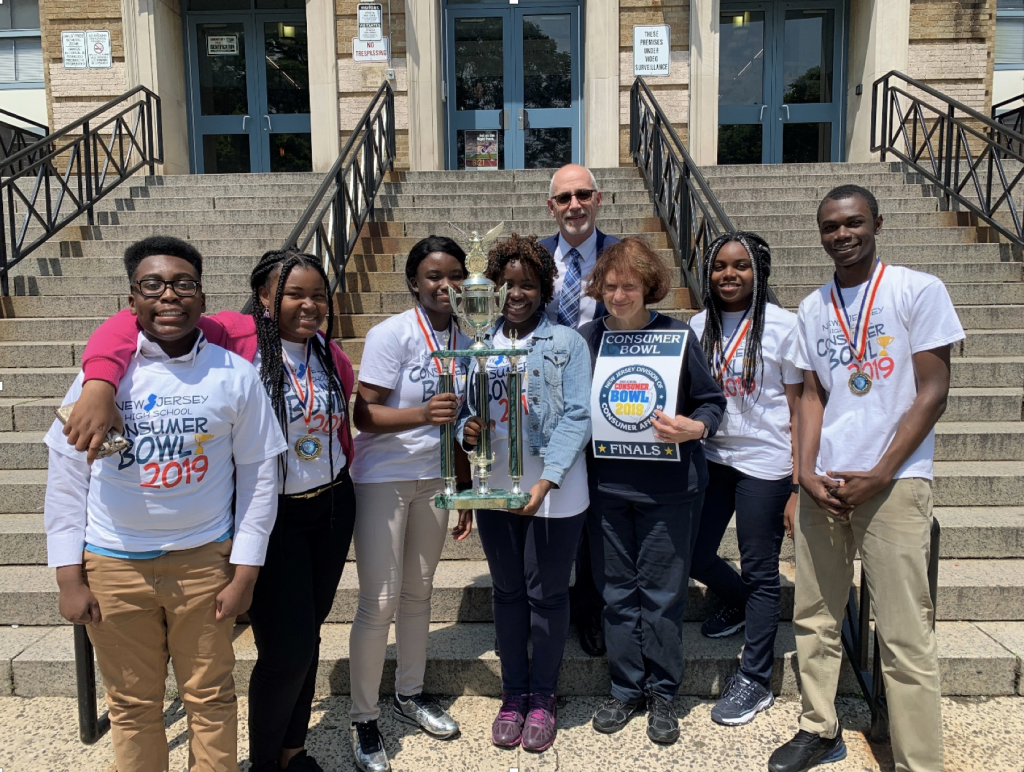 The Consumer Bowl is a Jeopardy-like educational competition for New Jersey high school students. Since 1997, high school students have been learning about a variety of consumer-related laws and issues. Students learn about summer safety, amusement games, auto leasing, tips on buying used cars, identity theft, property rental scams, and many more important consumer protection tips, rules, and regulations in our great state. The competition is responsible for educating thousands of individuals making them educated consumers. The participants have shared what they learned with their families, friends, and classmates.

Mr. Joseph Romano, Adviser said, “I want to thank Melanie Hazim, Andrew Tucker, Dulcelina Pena, and the entire staff of the Division of Consumer Affairs for sponsoring the Consumer Bowl Competition and educating the young consumers of New Jersey.” Team captain Eugenia Ampofo added, “The Consumer Bowl has been educational and fun. I learned a lot that has made me and my teammates savvy consumers. Not only that, I have made friends and made memories. Everyone should visit the Consumer Briefs page, njconsumeraffairs.gov/News/Pages/consumerbriefs.aspx, at least once and read the briefs.” Congratulations to Eugenia Ampofo, captain, and members Esther Oko, Bernice Owusu, Frank Peprah, Steven Danso, and study team member Bolaji Falade.