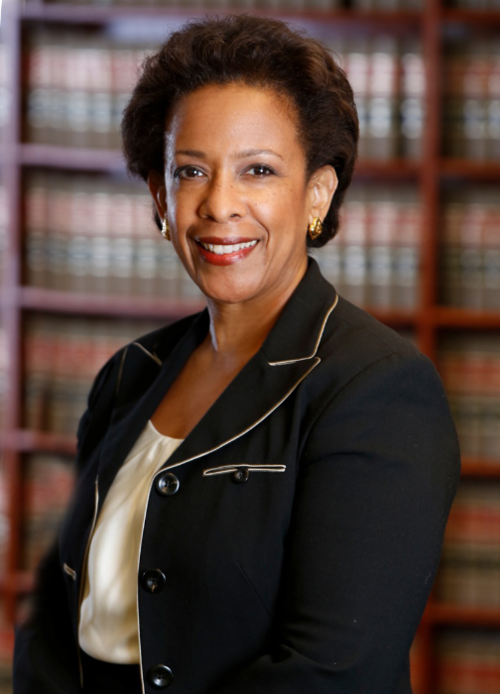 Loretta Elizabeth Lynch born May 21, 1959 in Greensboro, North Carolina was the 83rd Attorney General of the United States. She also served as United States Attorney for the Eastern District of New York from 1999 to 2001.

A native of North Carolina, Loretta Lynch graduated from Harvard Law School in 1984. She practiced law in New York becoming a federal prosecutor in 1990, rising to become head of the Eastern District office. From 2003 to 2005, Lynch served on the board of the Federal Reserve Bank of New York.

On November 8, 2014, President Barack Obama nominated Loretta Lynch to succeed Eric Holder as Attorney General. On February 26, 2015, the Judiciary Committee of the United States Senate confirmed her appointment with all Democrats of the committee, and three Republicans in her favor. On April 23, 2015, Lynch was confirmed by the Senate making her the first African-American woman, and the second woman confirmed as United States Attorney General. Loretta Lynch at age 56 was officially sworn in as Attorney General on April 27, 2015, by then Vice President Joe Biden.