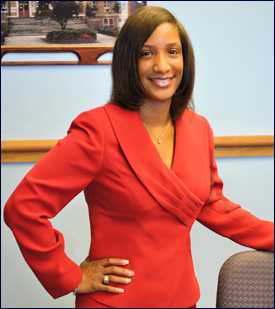 Dr. Neely Hackett graduated from University High School in Newark, New Jersey. She continued her educational career at Penn State University in State College, Pennsylvania from 1987-1991, where she earned a Bachelor of Science degree in Business Logistics. During her time at Penn State, Dr. Hackett was a member of Delta Sigma Theta Sorority Incorporated, served as president of the Minority Recruitment Task Force, and mentored incoming freshmen students.

One of Dr. Hackett’s lifelong dreams was to work with children. After graduating from Penn State, Dr. Hackett took steps toward making this dream a reality. She worked in the Newark Public School System as a substitute teacher from 1991-1994. In 1994, Dr. Hackett became a certified teacher at Grove Street Elementary School in Irvington, New Jersey where she completed two successful years of teaching. In 1996, she served as a fourth grade teacher in the Teaneck Public Schools. While working in Teaneck, Dr. Hackett returned to graduate school to pursue a Master of Arts degree in Educational Administration, which she completed in 1998. Dr. Hackett returned to the Irvington Public Schools in January 1998 as an assistant principal of Chancellor Avenue Elementary School. In August 1998, she was appointed principal of Union Avenue Middle School in Irvington where she served for seven years. In November 2004, Dr. Hackett earned her doctoral degree from Nova Southeastern University. She was appointed principal of Irvington High School in August 2005 where she served for over four years. On December 1, 2009, Dr. Hackett became the principal of Franklin High School in Somerset, New Jersey.

Dr. Hackett is a proud product of a six year elementary education in the Irvington Public Schools and a former resident of the Township for 23 years. Dr. Hackett knows first hand that there are amazing, talented, and intelligent students in the Irvington Public Schools and she is committed to ensuring that they are provided with a quality educational experience that prepares them to be college and career ready.

Due to a State of Emergency, Irvington Public Schools will have an early dismissal on Monday, March 16, 2020. Students will be dismissed at 12:30pm.

Schools will be closed from Tuesday, March 17, 2020 through Friday, March 27, 2020. Schools will reopen on Monday, March 30, 2020. Please check the Coronavirus link for updated information.
Click Here