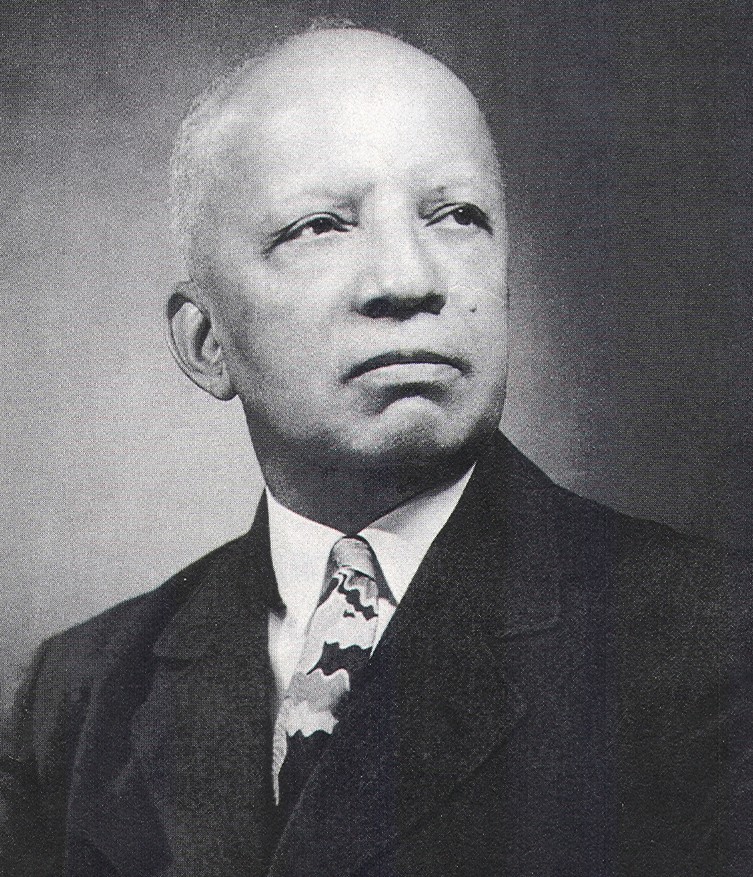 Dr. Carter Godwin Woodson (December 19, 1875 – April 3, 1950), was an American historian, author, journalist, and the founder of the Association for the Study of African American Life and History. He was one of the first scholars to study the history of the African diaspora, including African-American history. A founder of The Journal of Negro History in 1916, Woodson is called the “father of black history”. In February 1926, Dr. Woodson launched the celebration of “Negro History Week”, the precursor of Black History Month.

Born in Virginia, the son of former slaves, Woodson had to delay his education while working in the coal mines of West Virginia. He graduated from college, becoming a teacher and school administrator. Dr. Woodson earned graduate degrees at the University of Chicago, and in 1912 became the second African American after W. E. B. Du Bois, to obtain a PhD degree from Harvard University. Most of Woodson’s academic career was spent at Howard University, a historically black university in Washington, D.C., where he eventually served as the Dean of the College of Arts and Sciences.

In 1926, Woodson pioneered the celebration of “Negro History Week”, designated for the second week in February, to coincide with marking the birthdays of Abraham Lincoln and Frederick Douglass. However, Black United Students, and Black educators at Kent State University expanded this idea to include an entire month beginning on February 1, 1970. Since 1976, every United States president designated February as Black History Month. Black History Month is celebrated annually recognizing the noteworthy accomplishments of African Americans committed to being the change in making this world a better place.

Dr. Carter Woodson died suddenly in his home on April 3, 1950 at age74. His legacy lives on through numerous honors, schools, and libraries named after him. At Grove Street School Black History is celebrated every day!!